A jaunt to a hilltop 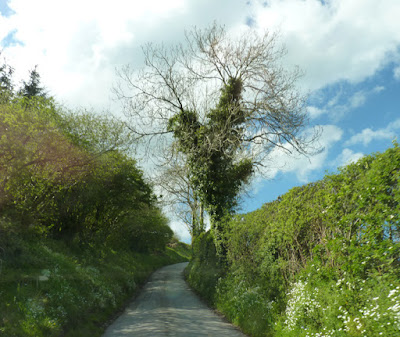 Spring is being unpredictable as usual, with bright sunshine one minute and showers the next. Recently we jaunted off with Jean and Brian-next-door, to attend a little outdoor archaeological lecture I had discovered was being held at Pulverbatch, a fairly nearby location. By the time we arrived, the sun was just breaking out. We were the first to arrive and feared we would be the only attendees, apart from the man with the clipboard, but soon the car park filled up and a little crowd of suitably weather proofed people were handing over their modest £3.00 attendance fee. 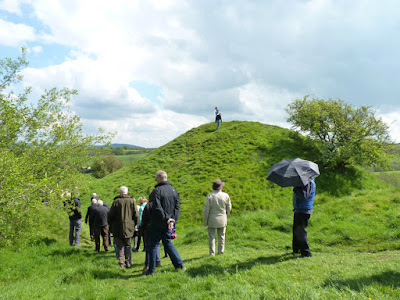 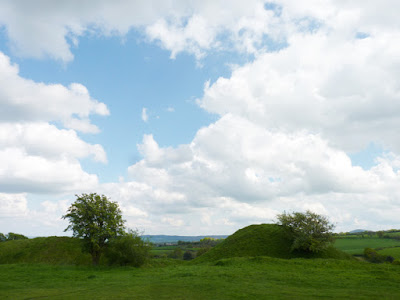 We are in an area close to the Welsh border and our location was the site of the remains of a very small motte and bailey castle - I say castle, but it would have been a far cry from the big, well known tourist sites familiar to many, such as Chester and Warwick. What remained was literally a large, grassy mound, with an old hawthorn tree clinging to the side. 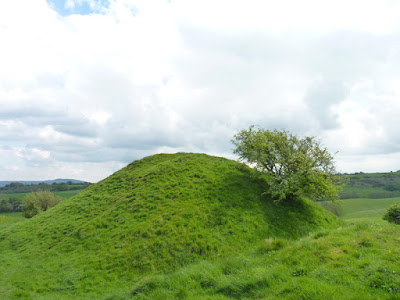 I have to come clean and confess that my main interest was in escaping the cottage walls, as days out (necessitating a car) are few and far between. So I kept half an ear on the historical lecture while enjoying pastures new and fresh views. But I seem to remember that this was one of about thirty lookouts built in very close proximity and near to the border, by the Normans, shortly after the Conquest  in 1066. At the time, Wales really was another country and there were constant incursions and raids from the other side. Of course, the new Norman overlords didn't want anybody except themselves invading England, so numerous outposts like these were built, to repel and intimidate the Welsh tribes. 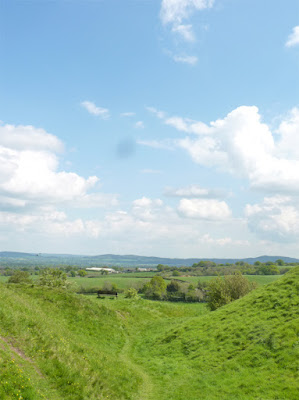 Previously, the site had fallen into disrepair and nobody seems to know who actually owns it (speculation being that if someone does, they are keeping quiet to avoid the responsibility of the upkeep). But thanks to local volunteers, it has been cleared of overgrowth, a new car park area laid and recently Shropshire Archaeological Society concluded an non-invasive survey, using a drone which took 250 overhead photos and new scientific 3D methods which enabled them to build a better understanding of what lay beneath. Which is why we were here. 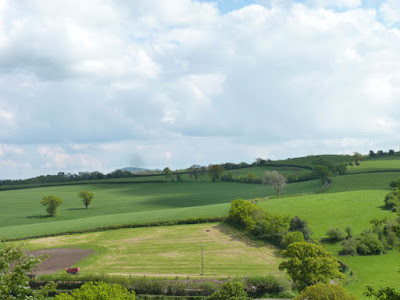 It was all very interesting; Joe especially enjoyed it, as did Jean and Brian-next-door, while I rested my cranky knees and sat on a strategically placed bench to take photos and drink in the spacious scenery outstretched before me. 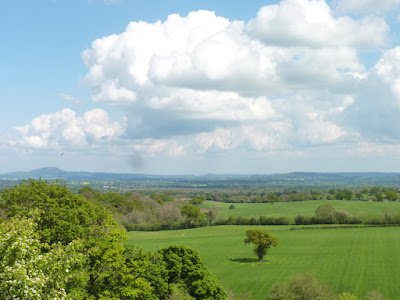 Later, many people, including Joe, climbed the mound to get even better views. 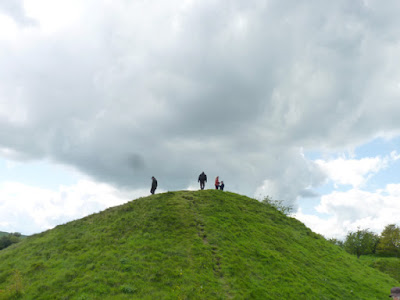 I remained below (the cranky knee thing) and pottered about the side paths, looking at tiny wildflowers and watching birds swoop overhead. 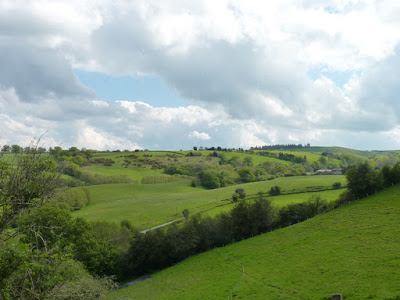 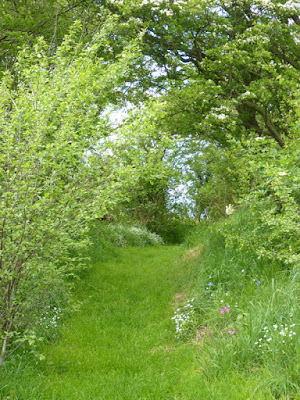 Afterwards, we drove back through the Stiperstones area, which I've not been able to visit since I came here with Andy, over seven years ago. 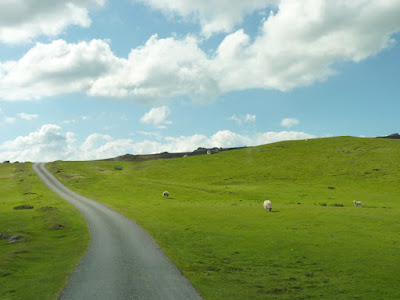 I did feel odd and sad, but as Joe said, we were making new memories. We didn't stay long - just enough to see some more views and stretch our legs. 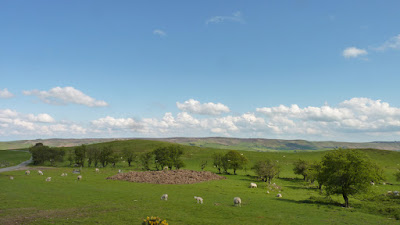 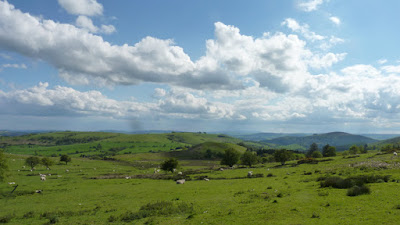 The Stiperstones themselves are across a scrubby moorland and can just be seen on the horizon here. 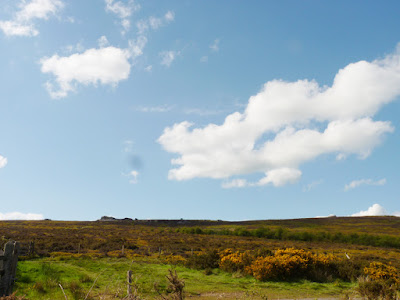 It did me the world of good to go out properly, but we were all a bit tired after a long afternoon outdoors and so we drove home, to our two adjoined cottages and a well earned cup tea.
Posted by Gretel at 18:50

It's been a long winter...and well...a long spring as well. I'm sure it felt good to get out a bit and enjoy the fresh air. That always improves the spirit! Beautiful countryside!

I'm in the cranky knees club but it varies from week to week whether they'll allow me to go up or down slopes.😄 Sometimes it's nice to be able to just sit and enjoy the views, you've taken some beautiful photos! What lovely neighbours you have. Jess xx

Lovely photos Gretel. You don't need to climb very high to get fabulous views of our Shropshire countryside. It certainly lifts the spirits. We drove up to the Stiperstones yesterday but the clouds came down and it was a bit damp. x Jo