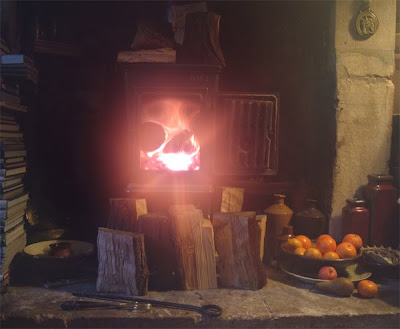 Apologies for the lateness of the draw and riddle solutions - after posting my brain teasers last week, I succumbed to an anonymous, head-clouting winter lurgy and am only just up and doing again. So, here we are with the answers; relax, the world can breath easily again.

RIDDLE SOLUTION
My first is in Plumage and also in Pyre, (the letter 'P')
My second is in Host, a Heavenly choir (the letter 'H')
My third is just nOthing, your pardon I beg ('O' or zero, both are 'o' shaped)
My fourth is in Embers in which sits an Egg (the letter 'E')
My fifth is iNk, as seen on this page (the letter 'N')
My sixth in Inferno, a fiery rage (the letter 'I')
My seventh is a cross (X) that is every man's mark (an 'x' being the commoners way of signing their name, if they could not write)
My whole is a flame which will light up the dark (the final clue to give the word) 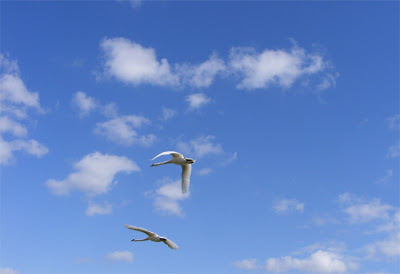 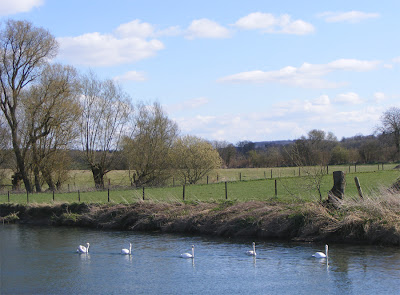 Of course it was a SWAN - so graceful and dainty when swimming and such a clumsy waddler on the ground. To read a simple introduction to the form of the haiku visit this site - my version is a mere stumble in the dark compared to the people who write them properly, so for a better understanding of this fascinating art, just Google 'haiku' - and prepare to be amazed. 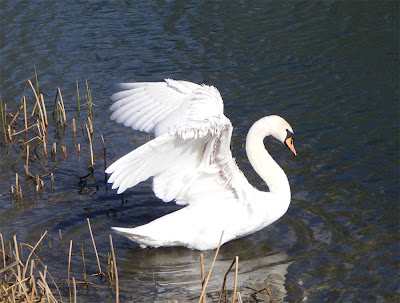 (All swan photos taken by me at nearby Kelmscott, home of the great William Morris)

Very well done to everyone who entered and nearly everyone who did, got it right. However, much as I love you all, there is only one calendar to be won...and the name drawn out of the hat was...EMA! Well done, the calendar will be on its way to you next week.

The roll call of honour to everyone else (blogs included where known, let me know your blog if I've missed you)
'Prickly Pinecone'Bonnie of 'Love your Place'Andy's mum - well done Mrs M, answered by text within five minutes.Frances of 'Fairy Lanterns'L from 'Amongst the Oaks'Cathy of 'Down a Dusty Lane'
Jo M
Caroline of 'Uniqart'Gemma of 'Sandy Floorboards'Ember of 'Kindred of the Quiet Way'
Diana of 'The Qi Papers''Luna'Frances of 'City Views, Country Dreams'Terri MLynette NC of 'Land of Sticks'Mary-Beth of 'Fragile Earth Stuffed Animals'Jean A.
It was lovely to hear how many people enjoyed tussling with the riddles; I may have to make some more up. 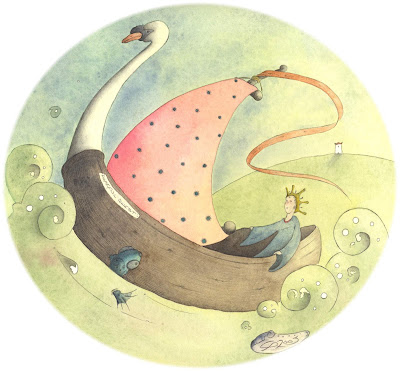 I used to love those riddles when I was a child. I'm afraid I too am lurgy-ridden right now so it's all I can do to write a comment let alone work anything out! Hopefully I'll be back in action soon ready for any more riddles. Lovely photos by the way. :o)
Jess x

Glad you are feeling better again.

Clever Mrs M......five minutes.
I got the swan but the Phoenix.....I did have a crack at it but obviously not a jolly good one!!

Well done everyone, your grey matter is in tip top working condition....

Hope you are feeling better Gretel,

Gretel, that sailing swan is a magical image. Lucky passenger being taken along for that voyage.

Hope you are feeling better - I am still coughing 3 weeks on!!
I love the last photo of the swan - it looks like a painting!

shared your beutiful blog on my blog...

Argh! I've been out of circulation and I missed out on a riddle? Lovely swan picture though. Guess I'll have to stay current and see what you're up to. Oh, and I'm lusting after your little wood stove...I have 30 acres of woods and NO stove to burn wood in!!