Greetings from Planet Head Cold where I have been marooned for what seems a lifetime - but is in fact only a week. A week in which things have come and things have gone. With a delightful accompaniment of sniffs, snuffles and pathetic coughing.
IN - A lovely bracelet from Etsy jewellery seller Definitely Different Designs, calling up images of the sea in autumn; dull green seaweedy stones and pebbly stone/red jasper beads, set in silver plate. Yep, I got suckered by the sea thing again...call me weak willed. 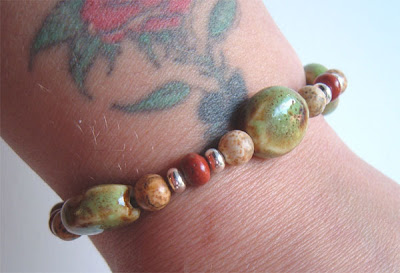 IN - I inadvertently won a draw on the lovely Vintage Pleasure blog; 'Something to Do', a Puffin book from the Seventies, when it was not beyond the realms of imagination that children should occupy themselves cooking, sewing, bird watching and crafting. Most of it without the aid of an adult and blissfully lacking in 21st century health and safety warnings ("please be aware that making hand shadows can result in a sprained finger...") I do so love getting beautifully wrapped things and this is a fantastic book - thank you Kirsty! 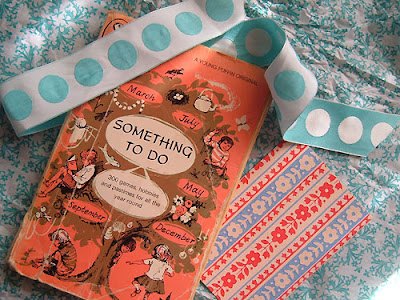 IN - my SOSF Tea Party from Tara of the Silver Apples blog, who also packs a pretty - and generous - parcel. Herbal teabags from her own garden, lemon geranium sugar tea, a tub tea bath bag and other wholesome goodies - thank you Tara, the herbals are just what I need to flush the darned cold out of my system. 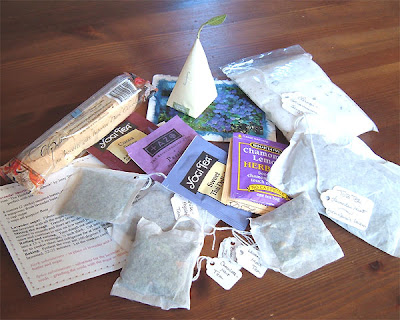 IN and OUT - In from the library and out again for someone else to enjoy - The Lock by Frank Egerton. I used to review books for a specialist magazine, and while I read some darned good stuff, I also read some unutterable tripe. The worst offender was a nauseatingly cosy pot boiler penned by a well known TV personality. So I felt obliged to give the drivel a halfway positive review, even though it deserved to be dipped in watery porridge and fed to the birds. With a certain High Street book chain gripping the book industry in an iron fist, small, quality publishers need all the help they can get. What follows is not a book review; I have lost my book review skills, or at least they don't work on Planet head Cold...this is my opinion.
Suffice to say that this is an Oxfordshire writer, and the Lock is set in and around Oxford, which is given its full share of attention, and described with love and knowledge. But the main story - the straying off the marital path of a middle aged Oxford don, and the consequences of his actions on his family and friends - is cleverly and thoughtfully written. Egerton has the rare gift - in a male author - of being able to write strong female characters realistically, making each one individual and interesting - sometimes even infuriating. Any fan of Oxford and its university scene will love reading this; the detail of the city and its inhabitants is true to life and hugely enjoyable. If I had to be so crass as to give it a catchey genre, it would be (highly) superior Joanne Trollope. For while it concerns itself with similar themes - middle class affairs/guilt/angst - it is so intelligently written that it is a joy to read, the more obvious subject matter belying Egertons sophisticated language skills - this is no mere 'Aga saga'. It has had a shining review from John Bailey, the late Iris Murdoch's husband. Get your library to order it in, read it and savour it. Or even buy it - let's give small publishers like Smaller Sky a fighting chance, God knows they need it. 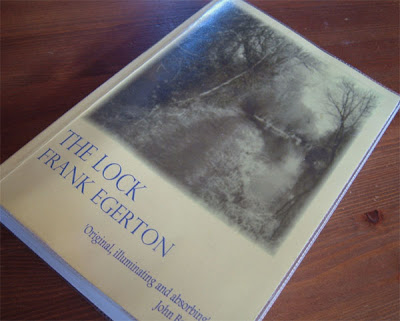 OUT - the hope engendered by my recent London trip. (The so-called new dawn as optimistically mentioned in my fortieth birthday post.). Not wishing to go into details, let's just say it was like being invited out by the School Hunk. At first you can't believe he really wants to see a little mouse like you. Then you spend days fretting and sorting out what to wear. You buy a dress you can't afford and dream of being Mrs School Hunk, having little School Hunk babies. You draw hearts in biro in the back of your exercise book with your initials entwined. The big day arrives and with trembling fingers you apply the last coat of lip gloss, heading off with beating heart to your dinner date. But when you arrive it appears you are not the only chosen one - he has several candidates for the prized position, who he is also wining and dining for suitability. And you know - you know - that they are prettier, slimmer, sexier than you. And so does he. He lets you down gently, and tells you that you have a nice smile. You crawl under the duvet and cry. You wake up the next day and realise that you didn't want to be Mrs School Hunk anyway. Or so you tell yourself. And life goes on. 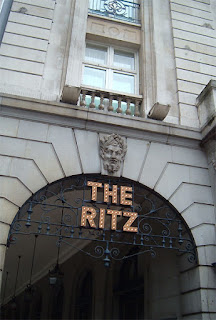 so we won't be eating here just yet...

OUT - I finally got my Robert Snow snowflake finished and whizzed off to America. Each snowflake is decorated by a published artist and is auctioned after exhibition. This raises money for the Dana-Farber cancer Institute. It's not well known in the UK, so I do suggest going to have a look at the Robert Snow site, as it is a remarkable and touching story and I was proud to be able to contribute. 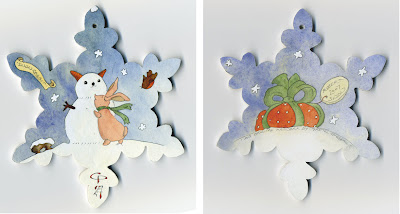 OUT - My first repeat order for the Lost Toys cards, from Pad in Manchester. I've managed to get a few gorgeous shops to stock them (see the list on the left) but they are also available from my Etsy shop, from where they have been going nicely. I am printing off various designs in small numbers, just to road test them - the first being this ginger cat cat design from the very first incarnation of Red Flannel Elephant cards. (another story, another time). Available in packs of six, so that's one to keep and five to send. 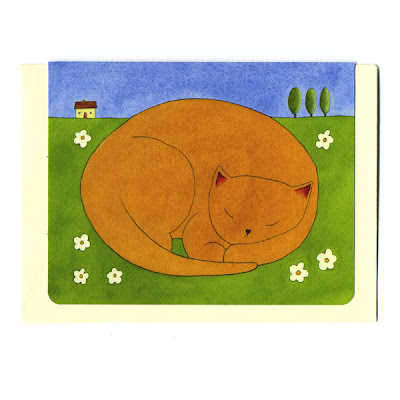 Right, that's my feeble energy used up, I wonder if I can summon the strength to do Illustration Friday - the theme is 'Moon' and I am sorely tempted...
Posted by Gretel at 08:08

OOO, OOO, I had that book when I was a little girl I used to love it sooooooooooo much!! Happy Days!!

And as for those Londoner-thingy-whatsits.... pah and pff to them. You were too good for them anyway...

Finally, I adore the snoozy wee ginger kitty - and some sleep and respite might be in order for you, m'lady!

What do you mean you didn't eat at The Ritz !

Glad to hear your feeling better, I was getting worried you had drifted away in the floods on your ark.

Love the your snow rabbit, I loved the idea of the snowflakes, it must be nice to be involved.

Talking of kids and health and safety nonsense, Toby went to the charity shop to buy some knitting needles, (he is learning to knit) and he did manage to persuade the lady to sell him some, but apparently she wasnt supposed to due to 'health and safety reasons' huh!
Hope you are feeling better now.
P.x

Goodness, I do hope you are feeling much better...much...and GOODNESS did you get the genes for EVERY talent there is? love your review.
Lastly, we all know that those hunks are usually dumber than snot, and it surely is true this time...later they will be very sorry they didn't snap you up!
(( ))

I have been down with a cold or sinums infection all week. Hope you are feeling better very soon.
Love the ginger cat.

I know you are destined for great things with your talent...Hope you still blog then. lol

Oh, I'm glad it arrived - and hope you are feeling better for it! (Do try tea in your tub! Works wonders! :-)

A big hug!
(I am ripe for bed, says the moon, looking over my shoulder!)

Gracious, for someone down with a head cold you're quite prolific... sadly the School Hunk remains a ninny -- they'll be sorry. The "Something to Do" book raises the nostaligic in me -- makes me want to go do something deeply dangerous like build a blanket fort in the living room.

I need another cup of tea to linger longer over your beautiful blog! Hope you have blue skies now,
and can smell the roses freely, without any nasty cold.
Hug from Vienna,
Merisi

Hope you feel better soon.
I love your snowflake and I hope the bids are many. (I did one a few years ago and I know it is both exciting and scary to watch the auction because you so want it to do well for the cause.)
And I have a copy of that 'Something To Do' book on my shelf here too :o) It is an old favourite.

I had Something to Do as a little girl. It was my favourite book and I still have it. Lovely blog, by the way - so many fab illustrations!