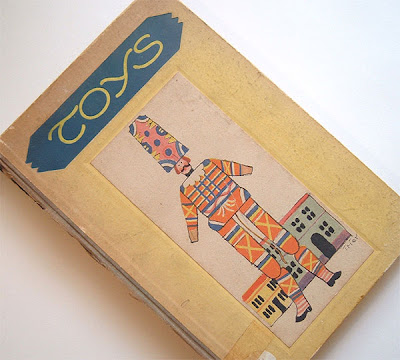 A little girl will build a Garden of Eden out of some sand and pebbles and blades of grass. She puts some gaudy flowers in it and is happy in her play. Yes, she is much richer than we are. She creates a paradise out of trifles, a paradise which we can never succeed in creating with all our superior wisdom. And then her mother comes. She does not see the work of art, the paradise, but she thinks that perhaps the child may get dirty. She only sees sand, earth and pebbles. She drags her child aways and scolds her. But it is not from the 'dirt' alone she tears her, but from the Heaven her little soul was dwelling in. 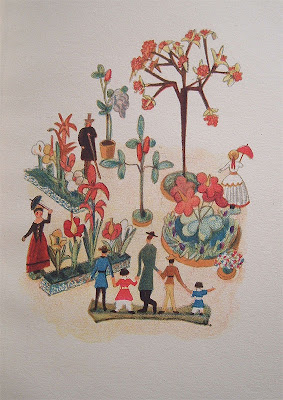 Little Anne strokes and kisses her simple dolly a thousand times a day and loves it dearly. Her imagination dresses it today in a blue silk dress, and it is a princess. Tomorrow it is a poor suffering child that has to be tucked up in its warm cot. The day after tomorrow it is a proud rich prince - for there is no limit to imagination. And if the parents of this happy child give her a new doll with real curls, and which can open and close its eyes and really cry when it is clasped to her heart and wear an expensive dress...well, then the child no longer needs her imagination; the doll is quite perfect and there is nothing more to be made of it, no room left for imagination and form. Of course the time will come when Anne no longer values her first simple doll and yearns for the second one. But the longer she cannot have everything, the richer she remains. 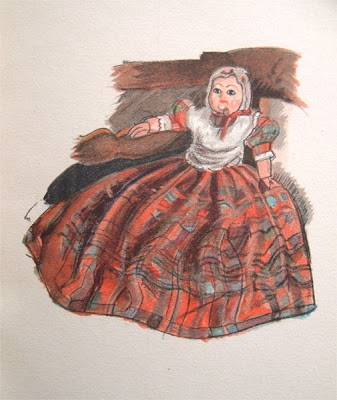 A little boy is sitting on chairs turned topsy turvy and is puffing, panting and whistling. He is playing at trains. He himself is the engine. His coloured wooden toy figures are the passengers who get in and out. How much better off he is than his friend who has got a mechanical train which runs 'quite alone' round the room. Its owner cannot do much with it as his part of the game is done when he has wound it up. At last he examines the works, breaks them, and the expensive toy is a dead thing. 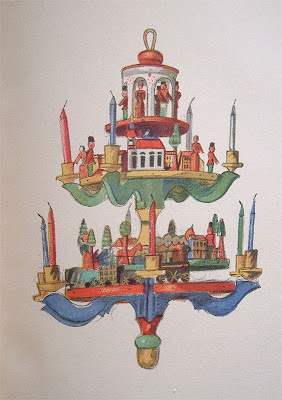 Christmas is the children's festival, and the day for toys. But our children are not only to have presents given to them. They must give presents they have made themselves. They must deck the Christmas tree with decorations they have made themselves; with coloured and golden stars. They will then feel the same joy that the dwellers in the Erz mountains feel, when each year they make anew the toys for the festival of festivals. Weeks before Christmas old and young are all busy making painted figures of the infant Jesus in the manger with the shepherds round it, also candlesticks in the shape of miners and the multi-coloured 'mountain spiders' as the wooden candelabra that are hung up at Christmas are called. And old and young are merry at their work. 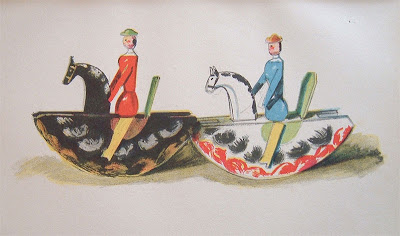 It is this merriness we need so sorely. We town dwellers 'buy' our festival. what a difference! 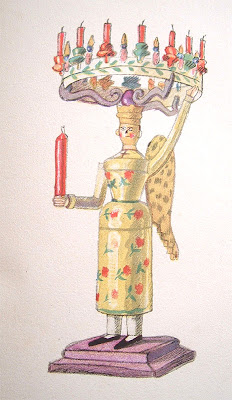 What a wonderful book, I would love to get my hands on a copy - in English! Wishing you and yours a very merry Christmas and a happy new year.
Carolyn
Willow House

I have never heard of this book...I will have to investigate this more.
Take care,
Alison x

I usesd to love making mud pies in the garden as a child. One minute they would be mud pies, the next delicious desserts !

Hello from a regular lurker. Thanking you for an inspiring read and wishing you all the best for The festive season. Merry Christmas!!

I so agree with the idea that the less we need to be happy, the richer we are. (I get so tired of my somewhat 'entitled' teenager who really believes she needs *things* to be happy. College is going to be eye-opening for her!)

How very true - seeing the masses of pinched and frowning faces round the shops this weekend, I think we could all benefit from reading this book.
Have a very Merry Christmas!

Merry Christams to you an your family!

I remember playing in the dirt imagining a garden.... thankgod my mum didn't tear me away from it :o)

Anonymous said...
This comment has been removed by a blog administrator.
10:58 pm GMT

Thank you for posting this. Happy Christmas to you!

Yes, yes and yes again and forever. We are each given the amazing gift of imagination at birth. How it is squandered, beaten out, and discouraged today. I thank the Powers that Be that I grew up in a time when the "temptations" of today did not exist.
I watch my three year old granddaughter and her amazing ability to spin the straw of imagination into the gold that should be every child's birthright. I dread the day when its glow slowly is extinguished.
Blessings and goodness, peace and joy be yours and your loved ones this season and throughout the New Year.

Merry Christmas to you from New York, and many thanks for your comments.

Hoping that all your talent has resulted in lots of success for you this season.

This blog is so very interesting. I love being introduced to new artists, books, anything creative that is sort on my wavelength.

I am sure that Santa will be good to you, and that in 2008 you will have great joy.

This is a wonderful story - with great illustrations. Thank you for sharing it.

What a lovely post, thank you so much for those thoughtful words. By the way I saw you on Sarah's blog, your house sounds wonderful! Best Wishes at christmas x

Hey Gretel!!! Wishing you and Mr Gretel a very Happy Chrimbo and a supa-dupa New Year!!

Great post, Gretel! Thanks for sharing that. Merry Christmas and happy New Year to you and your family.

wonderful illustrations. Have a great christmas Gretel and best wishes for a very happy new year!

Merry Christmas to you two! (It's early yet for you, but Santa should have been by already). Thinking of you today.

Thanks for sharing this! I always remember my animation teacher saying that the less you fill in every detail, the more you leave open in your drawing, the more it invites the audience into your work and allows them to participate by "connecting the dots" or filling in the missing bits with their own imagination.