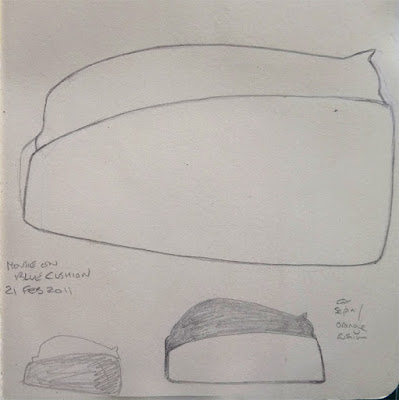 My sketch books have many little hastily scrawled notes lurking in the back pages. They are my bank of ideas and often I have a plan in mind for them which I know may not be implemented for some time. For my first foray back into printing I chose this thumbnail of one of my cats, drawn in 2011.

Mousie was a very slug like little creature and she was fluidly sprawled over a large cushion in deep sleep. At the time I knew that I'd want to turn this sketch into a two colour print, not knowing that it would take me eight years to realise this. 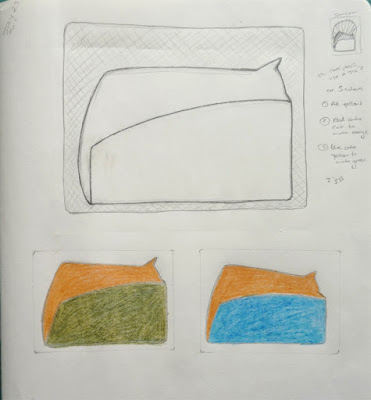 Back in the present day, I re-drew the original sketch, adding more tail and took the artistic liberty of changing little browny-grey Mousie to a bright orange, which suited the sludgy green I wanted to use for the cushion. Then I cut two small, simple lino plates and backed them onto board to strengthen them. 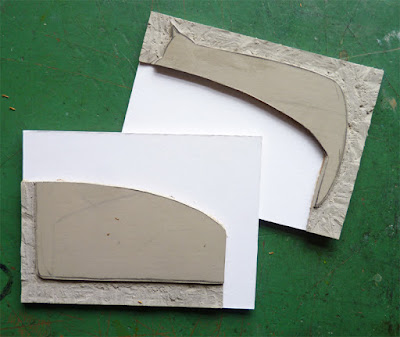 I opened my tins of oil based printing ink with some trepidation, as they had been dormant for so long. They had acquired dried rubbery caps on top, but they were fine underneath. Could I still mix colour? Well yes, as it happens. To my surprise, I managed to achieve the understated green easily. 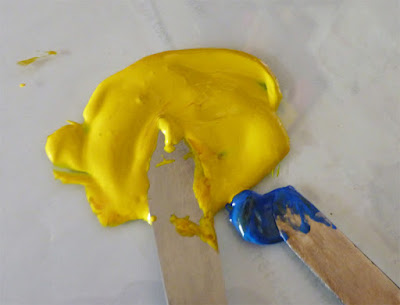 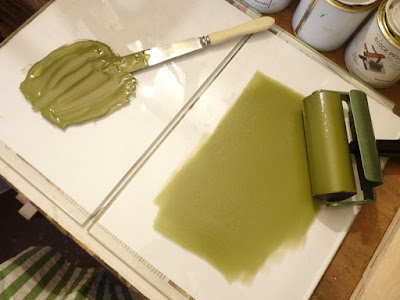 I had kept my home made registration block, despite nearly binning it a few years ago. I was glad I did; it's only made from thick board but is still useful. 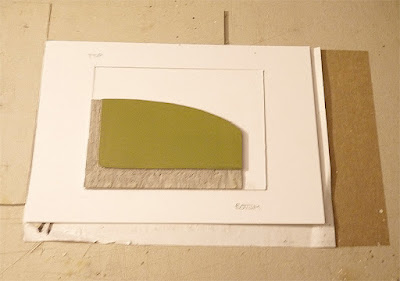 I made several test pulls as the lino thirstily soaked up the ink and the first batch was quite patchy. I also needed the practice of smoothly inking up the plate. Eventually (and with some trepidation) I moved on to my newly purchased printing paper. It took most of the evening to produce the quantity I needed and by the time I had finished I had amassed  a considerable amount of green blobs.

Only some of these were up to scratch, which is fine. Some will do for the first test pulls of the next stage, the orange cat. 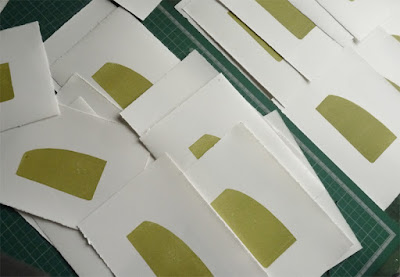 When they were dry, I sorted them into three piles - poor, passable and spot on. Now I need to move on to the second plate, which should be less nerve wracking, as I've learned from my mistakes and should be able to produce a small edition of good prints. I've only attempted multi-block printing once, many years ago when I was at college, so this will be interesting. 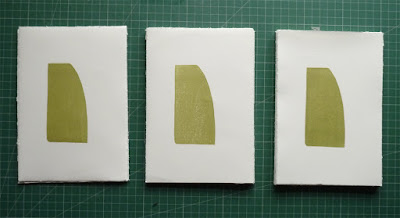 I love that green!