A Couple of Swells 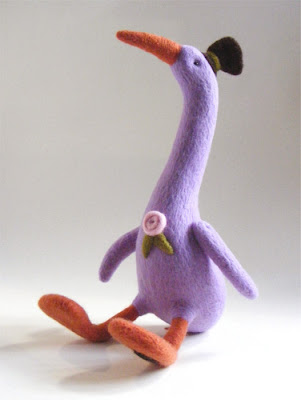 This is a much loved character, Mr Lavender, as he was back in 2008. He travelled a long way to a gallery for an exhibition and failed to sell for the princely sum of £65. (He has since doubled in price). He later became a part-time actor in the second 'Puddletown Tales' book, 'Peggy's Lost Pennies' as a toyshop owner. 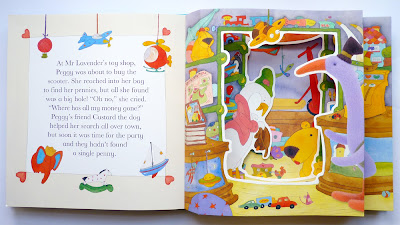 By then he had aquired a smart new waistcoat. 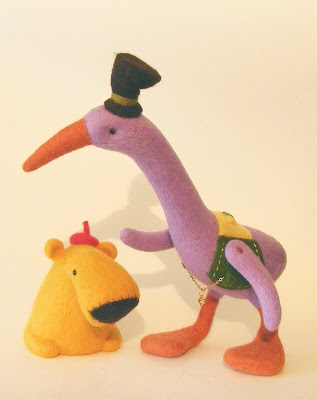 I was asked by one of my regular customers if the original was for sale. As none of my Puddletown people are going to be sold - unless things get really bad - I offered to make a copy. So, Mr Lavender the First -

- and Mr Lavender the Second. 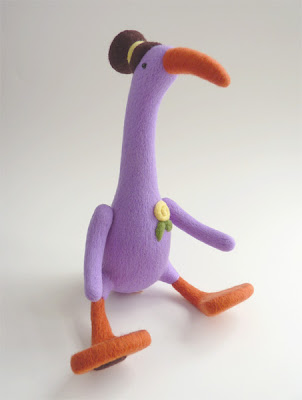 He is a little smaller, but has the same kindly, humorous look. Now he's about to bring pleasure to his new owner, who is delighted with him - which is always nice. 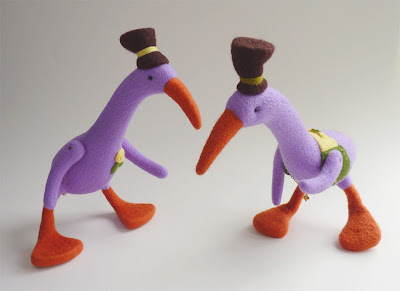 "We're a couple of swells
We stop at the best hotelsBut we prefer the country far away from the city smellsWe're a couple of sportsThe pride of the tennis courtsIn June, July and August we look cute when we're dressed in shortsThe Vanderbilts have asked us up for teaWe don't know how to get there, no sireeNo, siree. 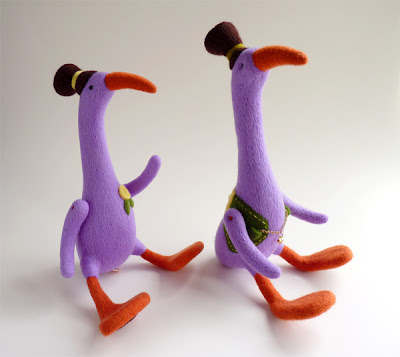 You made me smile!

They are both wonderful! How did you get him so smoothe looking? I really love the lavender colour!

Useless trivia moment for the day: did you know Gene Kelly was originally meant to star in Easter Parade? Since he'd just broken his ankle, however, he wasn't available for any dancing roles, so Fred Astaire got the part.

Mr. Lavender is a lovely gent (and much better dressed than Garland or Astaire, to boot).

I have been bedridden for the last few days and feeling quite unwell with a nasty chest cold.

This is just what I needed to bring a huge smile to my face and make me feel just a tad better....thank you for that.

The Lavender boys are beautiful as are all your creations.

PS......I am also a big MGM musical and Judy Garland fan, so that clip made my smile extra big
;->

Dru Marland said...
This comment has been removed by the author.
8:29 am BST

...whoops! -bet they could do a decent Wilson and Keppel dance, too! Very nice. My needle-felted creatures always manage to look louche and unkempt, as do I.

content for a new book here...Mr Lavender Meets His Doppelganger!

The two Mr Lavenders are wonderful!

Two of your Puddletown Tales are wrapped up and awaiting my granddaughter`s third birthday :-)

Hi Gretel, I'm not even sure how found your blog but I am so glad I did! I adore your work!
Thank you also for following my blog. That was very sweet of you.

They make a lovely couple, one with his waistcoast and the other with a rose.
Your felt creatures always look so very smooth, as if they would feel like suede.

Oh how lovely, you have set me singing and even dancing a little on my osteoperic pins. Are you sure that those gents can't dance? Perhaps they do when you aren't looking!

Oh no - now I'm going to have the song stuck in my head for the rest of the evening!!

Such a nice couple! I love their looong necks. It's sad they have to be separated!:( Bon voyage, Mr.Lavander IInd! I suppose there'll be numbers 3 and 4...
Thanks for this video, Gretel - I enjoyed it very much!:)

I'm sending a postcard of Mr Lavender to Russia on Monday to a nice lady and her daughter! I'm glad Mr Lavender II is going to a nice home. :)

Gretel, I was singing along with you! One of my all time favourite films from when I was teeny tiny and I used to do the dance too!
Oh, and I love Mr Lavender. Thanks formaking me smile on a night when what's happening in the world just gets worse.

That was fun! I love the lavender swells, they are jolly!