I can't not say anything anymore. Sorry peeps, I try to keep my blog neutral, and write only about Nice Things. There have to be little corners of Niceness somewhere. But there are Terrible Things happening on the other side of the world and I for one feel ashamed to be British at the moment. I listen with growing outrage to the news every day, hearing more atrocities being commited and find it hard to resolve my lovely and relatively priviliged life with the terror which is occurring in Lebanon. A terrible bed is being made and one day we will have to lay down on it. I'm not taking sides, (much) and I don't have enough knowledge to argue politically. I just wanted it down, for the record, that I think what we and the US are letting happen to Lebanon is barbaric. I, as a blogger, say this. And I am not alone - thank you to Daisy for giving me the kick up the butt I needed to voice out about this. And to Mrs Stagg for confirming that sometimes you've got to say something, even if it is a mere squeak in the vastness of the Web. Maybe if enough of us squeak, it will turn into a roar.

Oh ok, something nice then...as it's the weekend. 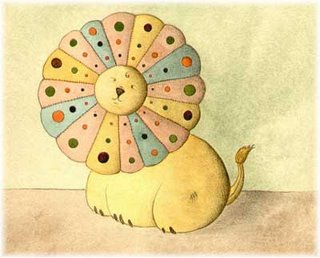 Email ThisBlogThis!Share to TwitterShare to FacebookShare to Pinterest
Labels: Lebanon, Speaking up for what you believe in

Bravo for speaking out!! Judie (USA)

The news and the world are full of nasty things right now. Personally, I read fellow artists blogs for a respite from all of it.I know you felt you had to speak up,but I don't think it belongs on a art blog. sorry Gretel.

Well, I'm sorry about that, friend. But this is not entirely an art blog - it is about many things which touch my life and for once I felt it necessary to take my head out from under my comfort blanket and say something. Normal service will be resumed later...Nice Things will return.

This has made me cross. You have a wonderful blog Gretel, say what you blooming well want!!! everyone is entitled to their own opinions, do we know this anonymous?
Penny.

Thank you so much for being brave enough to add a comment to my posting about the current state of the world. Many are not brave enough. I know I like my blog to be full of lovely things, but at this present time we must set them aside, even if for only one posting and speak of serious matters. I applaud you and for this posting on your site. Art blogs can be used to say anything too, its your blog, boo to anonymous, she has made me angry.

By the way your blog is just beautiful, I will be back to look at it in more detail later.

Aye, Gretel, sometimes I think we all just want to explode at the sheer hellish barbarity of what the so called civilized West manages to do in the dubious name of peace and betterment. It's too easy for all of us to hide away from the appalling reality of life for so many and stay in our pampered little ivory towers. You do no harm by speaking out and giving us all a shake.

You are very right to speak out. I wish everyone could be happy and live in a really happy world full of singing and luaghing, with lots of bubbles ok maybe bubbles is too far!

Art is not isolated from the world, so it is wrong to say there is a right thing and a wrong thing to put on an art blog.

UGOGIRL! I cannot believe someone would condemn you for speaking your mind. I am sorry for that person, who must be terribly afraid of everything and does not believe in Freedom of Speech! Careful, the Blog Police might be watching! :)

Very well said Gretel...if we all have the courage to speak up like you did in your post, the people who are responsible for tragedies like these will have no alternative but to listen!

Here here from an upset American (almost ashamed to admit it)!

Hey Gretel, you know I feel the same. It does make me laugh when 'fans' want to dictate what you write in your diary/blog though. They'll be telling you what to paint next! (which has happened to me before now!) hehehe

I recall some scientists lost their backing a while ago for not speaking up and saying that they disagreed with what their country was doing. I don't remember the exact details but what I took from it was that this wonderful thing called internet is reflecting what we, the people, are thinking and feeling which is more important than ever when our government isn't.

Well said Gretel. I love the fact that you stand up to be counted, unlike the anonymous commenter!

I hate people who post anonymously - put a name to your comments!

Creative people and their creations are made up of everything they go through, think and feel (IMHO).

Gretel you have every right to say what you want - it is after all YOUR blog!

I completely agree with the need to speak out. Who knows whether your comments reach the people who need to hear them, but as you say, if enough people speak, the chances of someone being able to remain ignorant will diminish.